How does the interface of Municipality and its citizens create an environment that is efficient, complaint and safe; and also promotes feelings of dignity and comfort in its office users and the public alike? 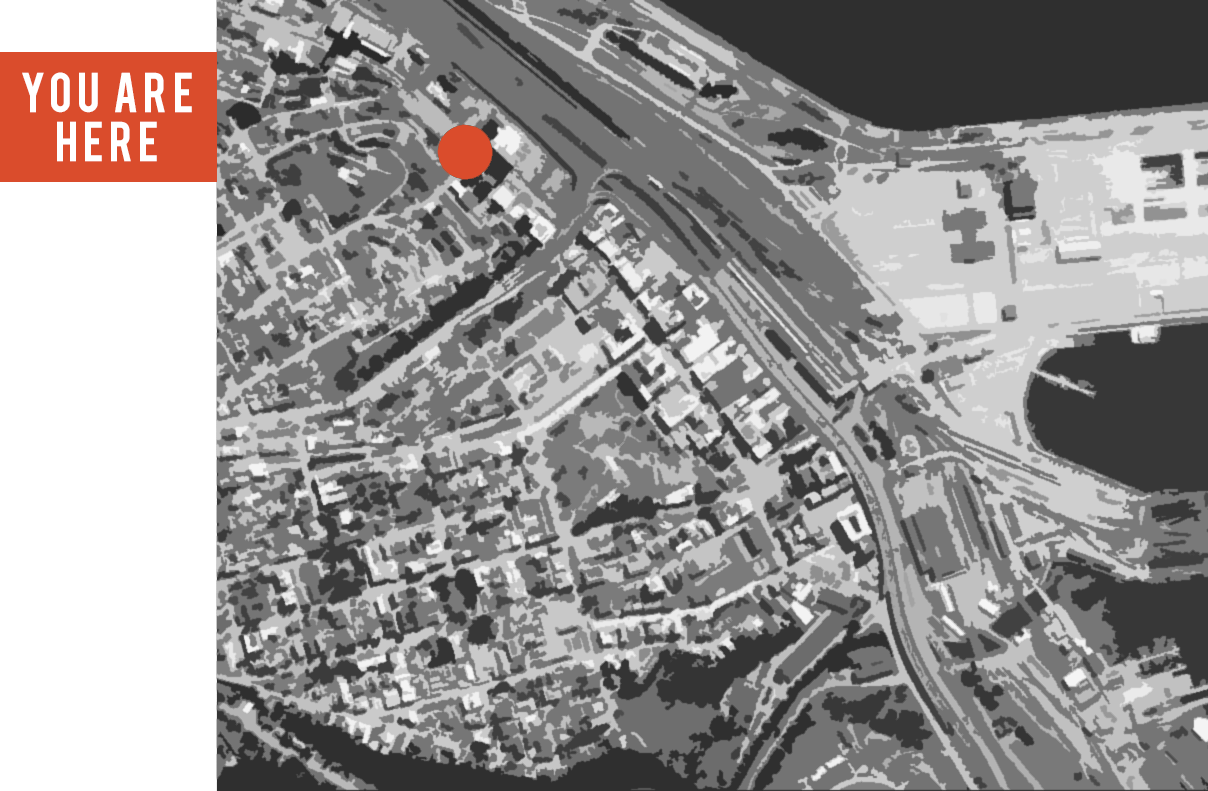 As architects, a key understanding of the project is the everyday operations of the users. On this project of an extensive interior reworking of a Municipal Customer Centre facility, we focused on how an environment can function efficiently for as a civic building, while still presenting itself as a safe and dignified atmosphere. Civic buildings are at the intersection of government and the community. We hope that this completed project demonstrates our aim to defy the nature of civic buildings as authoritative and intimidating and create a place which feels safe, useful and inviting for users and staff alike.

This project is an extensive interior reworking of the ground floor of both Mafanasekhaya Gqobose Building and Fidelity House on busy Govan Mbeki Avenue, Port Elizabeth, to incorporate a contemporary and ‘Flag Ship’ public information facility (with public access) and a wide range of related office spaces. Both structures are 1960’s and 1970’s built tower blocks on large bases and built into the steeply sloping site, facing onto Govan Mbeki Avenue. Over time the interiors have, through many changes, become complex spaces broken up by walls and passages that were not only difficult to use but not compliant with contemporary building regulations in many regards. The existing banking hall and specific security support services were also inadequate.

Of the many challenges of the project, a starting point was found in an understanding of the hierarchy of spaces, the staff members of each department, the Municipality’s organogram and exactness of their every day operations. The Metro, aware of the public nature of some of the spaces of the Budget and Treasury Department, set a challenge for the renovated facilities to be more people friendly (public and staff) and in many ways less formal and corporate, but to also be more secure and efficient. This was especially important for those needing to engage with the Municipality regularly and for whom this engagement was traditionally intimidating and difficult.

The project attends to various functionality and office efficiency requirements and the restrictive realities of security and controlled access in a way that creates places that feel more naturally easy to use, safe and understandable and also allows for moments of interest and delight. This is created through the use of various techniques such as more open plan offices introduced whilst also addressing the need for closed, more private spaces and services. The more closed elements are pushed to the sides and back and open plan areas collected together in the centre and close to the large windows onto Govan Mbeki Avenue. By doing this, the use of passages is minimised in favour of a series of interlinked, more public spaces. Poor performing building systems in the previous layout are also addressed – this has been done through the reworking of air-conditioning and lighting systems.

The new work makes reference to the strong and period-specific decorative elements of the existing building, timber panelling and mosaics in a contemporary way. This creates places that have the formality that an important Municipal facility requires and also shows a ‘friendly face’ to visitors of the Department Budget and Treasury.

The banking hall and front of house public areas are conceptualised as open, spacious, accessible and linked visually to the busy Govan Mbeki Avenue alongside through a long line of shop fronts. The banking hall is finished in timber panelling and includes a large “orientation” art installation on its ceiling that allows the public using the facility to experience the Metro (through the use of an abstracted aerial photograph) and points of significance highlighted.

The project was challenged by factors common to work of this nature such as changing organograms and a budget that did not allow for the completion of some elements, especially in the entrance foyer. It is, however, believed that the overall outcome is positive and supports a better work and public engagement environment. We hope that the test for this project will be in its endurance and ongoing use as a strong and stable backdrop to the day to day engagements between the Municipality and the public.