What are the values, and so, the true nature of a contemporary public space in a South African City today? 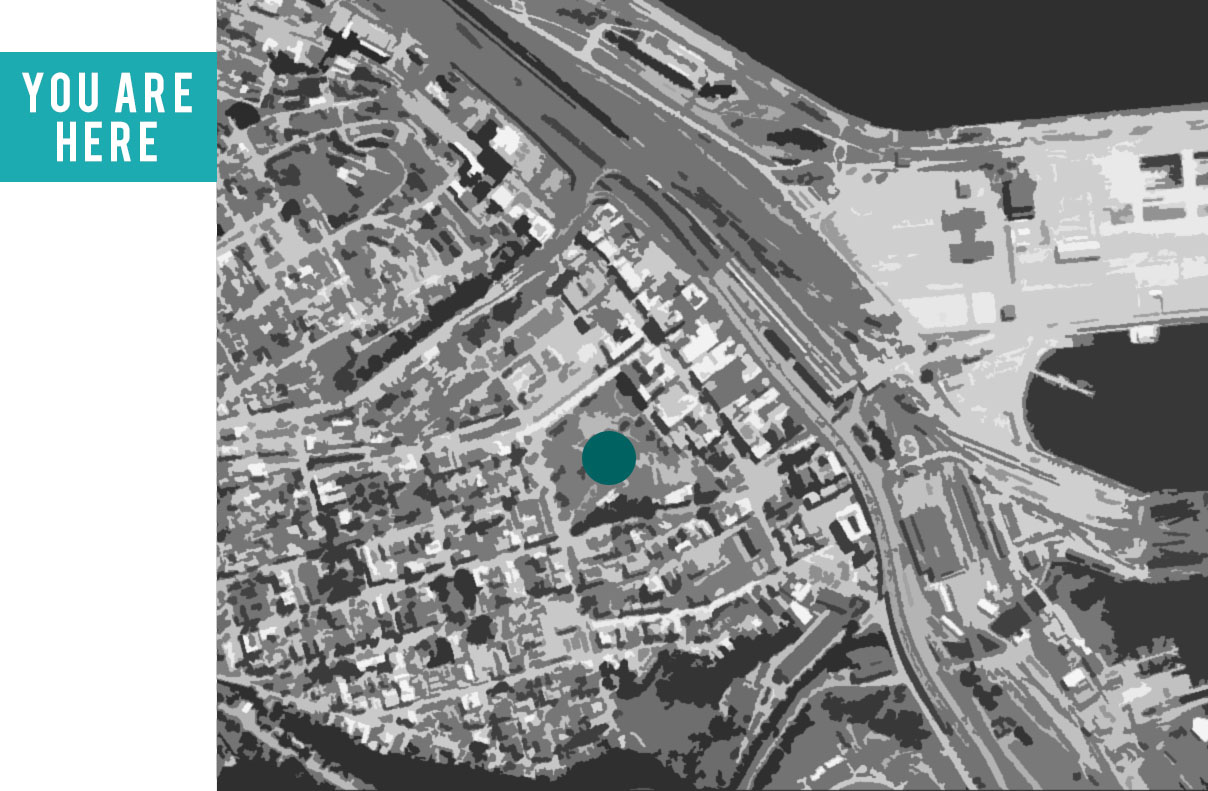 At the Milde McWilliams lecture in Port Elizabeth in 2018, Wolff Architects said, “Our inability to read a city means an inability to move a city forward.” In the case of the urban intervention to the Donkin Reserve in Port Elizabeth, we had to be honest about the reality of the place – and what it is offering to the city. The crafting of city space can affect the perception of it, and tellingly, the user experience.

This was an exercise to address the spirit of the place.  A common urban issue in South Africa is the lack of safe and usable public space, causing citizens to try to use the spaces available. A result of this is a retreat to private space (like houses, offices and shopping malls) and the breaking down of social structure and inclusivity. This part of the city – the historical city centre – is established in the archives of Port Elizabeth as a clear identification of the city’s roots. This was a heritage lesson in understanding and conserving where needed, while looking forward.

While the city’s issues remain – unemployment, crime, and segregation – healthy public space can transcend the things that divide us. Our overarching agenda is always toward the imagination and invention of democratic space.  We hope the success of this project is found in the undoing of underused urban spaces.

The Donkin Reserve is the oldest and historically second most important public space (after Vuyisile Mini Square) in Port Elizabeth. As an open space central to the development of the historical town, it has over more recent time become an increasingly marginalised space – a left over of former colonial intention.

Phases 1, 2, 3 and 4 of the redevelopment projects for this space that we were involved with, were part of larger and ongoing interventions by the Mandela Bay Development Agency (MBDA) on the Donkin Reserve and environs. Work started in 2010 and concluded in 2016. This involved an urban open space upgrade and an upgrade to the neighbouring streets as well as a host of related activities such as public art, tourism routes and security and lighting. Essentially, the phases of this project align itself with the broader vision and ambitions of the Development Agency for a revitalized, redefined, accessible, safe and re-energized inner city that represents all the citizens of our Metro.

The early stages of the project were driven by a range of public participation events and the urgency of the 2010 Soccer World Cup event. Some of the challenges that the public participation process raised related to the relevance and value of the Reserve.  What was its value to the Metro and its citizens?  Who was it valuable to? What should this place be for the Metro and its citizens? Is it simply an unvalued colonial relic? This resulted in a conceptual framework that collected ideas and comments that lead to the central premise of redefining the place to respond more appropriately to the new Metro around it. In this fashion, it has become more socially relevant, more useful (particularly as a tourism product) and more economically viable.

This specific spatial focus of the project was to integrate existing important elements, such as the lighthouse and cottage and the Reserve as a whole, into a reworked public space This relates to its use through routes and activities, its heritage (as a potential major tourist attraction) and to integrate with new elements such as the Route 67 Public Art Route.

The buildings on the site are the lighthouse and cottage, roughly centred on the Reserve on the edge of the ridge overlooking the Govan Mbeki Avenue and harbour below. The original lighthouse was constructed in 1861 and the cottage was constructed in 1865. In 1911 a second structure was added to the composition. This second structure was demolished during the Second World War and a number of additions were added to the cottage in 1939 – 1945. These additions resulted in a cluster of buildings around the base of the lighthouse. The restoration work included the demolition of some earlier more invasive structures around the lighthouse base and the ‘freeing up’ of the lighthouse.

The design indicates and subtly expresses the different additions to the building by making use of different treatments and colours. For example, all timber work of the original cottage of 1865 is painted where all timber to the rest of the cottage is exposed and treated. Further, the timber work such as architraves and skirting to the original structure has been restored to match existing. The newer additions are noted as different from the original and their timber detailing is more minimal and contemporary. They are constructed from exposed treated timber. In the reception area, there is the addition of a frameless glazing window in the eastern façade that allows a more visual connection with the lighthouse structure, particularly its base. This highlights the expression of the lighthouse as a freestanding element and allows for additional sunlight and harbour views into the current tourism office.

Across a grand mosaic ‘balcony’ (undertaken by students of the Nelson Mandela Metropolitan University), is a large flagpole at 60m high, flying the South African flag. It is the largest flag and tallest flagpole in South Africa. Symbolically, if the lighthouse and cottage complex represent a history of the beginnings of the Metro, the flagpole and national flag represent its future. The flagpole is used as an ordering device for other elements of the site that attempt to frame the top of the site and appropriately direct pedestrians and create places for pause and interaction in a simple way.  The upper part of the Reserve is made more ‘open’, by the moving of scattered large palm trees to a tight geometrically organized group in the north west corner of the site.

From the flagpole base to the previously poorly connected steep south east corner, a winding path, that is universally accessible, follows the slope of the Reserve and connects the site to Chapel Street below better and further, towards the harbour and Vuyisile Mini Square. This path is an integral part of the Route 67 Public Art Route. The winding path suggests the voter’s queues of 1994 and is marked with crosses suggesting the voters standing in queues of that election.

We hope that this intervention, underpinned by intention and sincerity, becomes a useful and everyday place for the citizens of the Metro that are loved.

This project was awarded a South African Institute of Architects – Eastern Cape Regional Award for Architecture in 2015.