A comfortable house on a golf course that is large and usable for the activities of an extended family but is also intimate and personal. 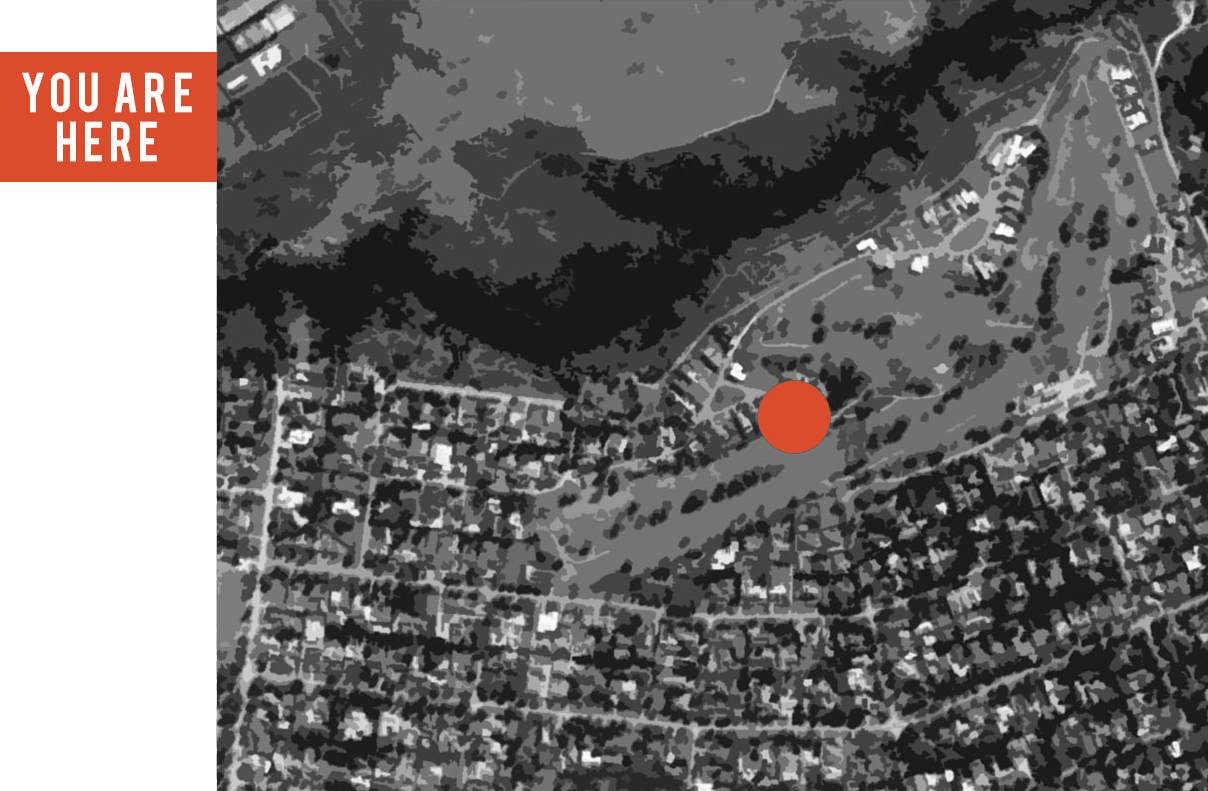 For this project, its interpretation of its precedent – Onion Row – reconciles a contemporary golf course location with a controlled formalist plan. The apparent complexity to these two houses belies a simplicity: a desire for warmth and light and the achievement of this through a high level of detailing.

The dominant structure of both houses follows a central ordering idea of a “spine” which informs activity and hierarchy of spaces. This modulates openings which play on light and space as well as the employment of brick, steel and timber. Within this structure is a mix-and-match approach which characterises the materials and structure of both, yet the end result is refined. The influence of John Rushmere’s merited Onion Row is plain to see.

This project was a first of several collaborative projects undertaken with Port Elizabeth Architect, John Rushmere. It was the start of ongoing discussions about architecture and projects that we are thankful for. As with most of the projects that we have collaborated with John on, the ideas for this project and its specific response to users and site came quickly from John.

This project is for a family house on a new residential estate on a golf course in Walmer, Port Elizabeth, with the building aligned north west (road entry) to south east (golf fairway) with the preferred aspect and views to the north east over a cul-de-sac.

The client expressed a liking for ‘Onion Row’, a previous project by John Rushmere, specifically the sense of space (volume), the spatial flow and the light. The view overlooking the pond in front of the 6th tee was stressed, and a study, a music room, a studio, a cellar and a lift were added to the accommodation schedule.

Planning guidelines on the estate had deliberately omitted restrictive building lines except in relation to the golf course. This was done to avoid ‘left over’ alleys and boundary walls and to promote positive outdoor spaces and courtyards framed by neighbouring buildings. Unfortunately, this invitation has been generally ignored in favour of the suburban ‘island’ building approach – not so for this house.

The long, narrow site, its orientation to the north east and the south winds determined that the building align its ‘back’ along the south west boundary, avoiding unusable left over space and prying windows to the south west neighbours. Instead there is a blank ‘canvas’ for the neighbours to exploit whether it be by building or planting or both. Crucially, they are also guaranteed privacy. Perhaps most importantly, light, space, privacy and protected outdoor living for the users is maximised to the north west, east and south east.

Private places (sleeping, bathing, cooking, music) are assembled to form four separated ‘mini-blocks’. They are arranged for their own advantage and, significantly, to define and shape a public ‘hall’ that is the central celebratory space. It has height, position and an outside place that acknowledges our southern latitude properly. It also features a banqueting table that will have a stove for warmth. This public ‘hall’ links and balances ‘private’ and ‘public’, up and down, in and out and across – in other words, it has journeys.

The ‘hall’ is raw, allowing brick and timber to underline its openness and the robust nature of its human interplay. The mini-blocks are intimate, discreet and minimally detailed. They are smooth and refined as befits their own nature.   There is a bridge to the main bedroom space, with supporting dressing and bathroom space. This is found at the upper level on the mini-block in the south. The owners’ existing furniture has found its places and they have begun to create a landscape to soften up and make the places of the house feel ‘owned’ and special to their family.

The hall void, between the spaces described above, is the connecting public place that is appropriately large to cater for a variety of social interactions but also is spatially varied with main space and ‘space beyond space’ that allows for smaller scaled and interesting places.  Time was spent, at the request of the client, to allow for this space to be adjustable to cater for changing activities of the house in time to come.  The large volume is currently the dining space and the lower more intimate space to the east of it, defined by a fireplace, is the lounge. There is a studio with attractive light and views to the south east and a large covered outside space to the east.  However, these can change to suit  the occasion – dining can happen more intimately, lounging more expansively and so on.

More recently, several of the outstanding pieces have been completed including the finishing of the wine cellar, the building of the cantilevered study over the braai area, the incorporation of large motorised blinds to the north and the growth of a fantastic garden. All of these highlight the user’s passion and enjoyment of the house and how the developments over time increase richness.

It is suggested that the building will remain incomplete until the neighbor  accepts the invitation implied by the bare wall to the south boundary with imagination and vision and claims ownership of it. In doing this, and with time, the row of houses of similar property proportions will be seen as more as a built-up block and this house is the north east concluding end to the block.

The project continues a tradition of projects, its predecessor and deliberate antecedent those of Onion Row, authored by the same architect. A linear double-volume space which is the core of the house is articulated with carefully considered and highly expressive material and structure detailed meticulously, to the point where junctions draw attention to the particular.

The project is highly demanding of the care of craftsmanship and this has been brought to the project. While the house appears large, the site is in fact restricted and the space organisation and disposition make full use of the diagonal views and source of natural light, making for a sense of generosity and liveability. This is a mature work richly deserving of a regional Award for Architecture.

(This is the citation given by Professor Roger Fisher in awarding a 2013 Regional Award of Merit to House Schoeman at the Awards Dinner of the Eastern Cape Institute of Architects on Wednesday 17 October 2013).