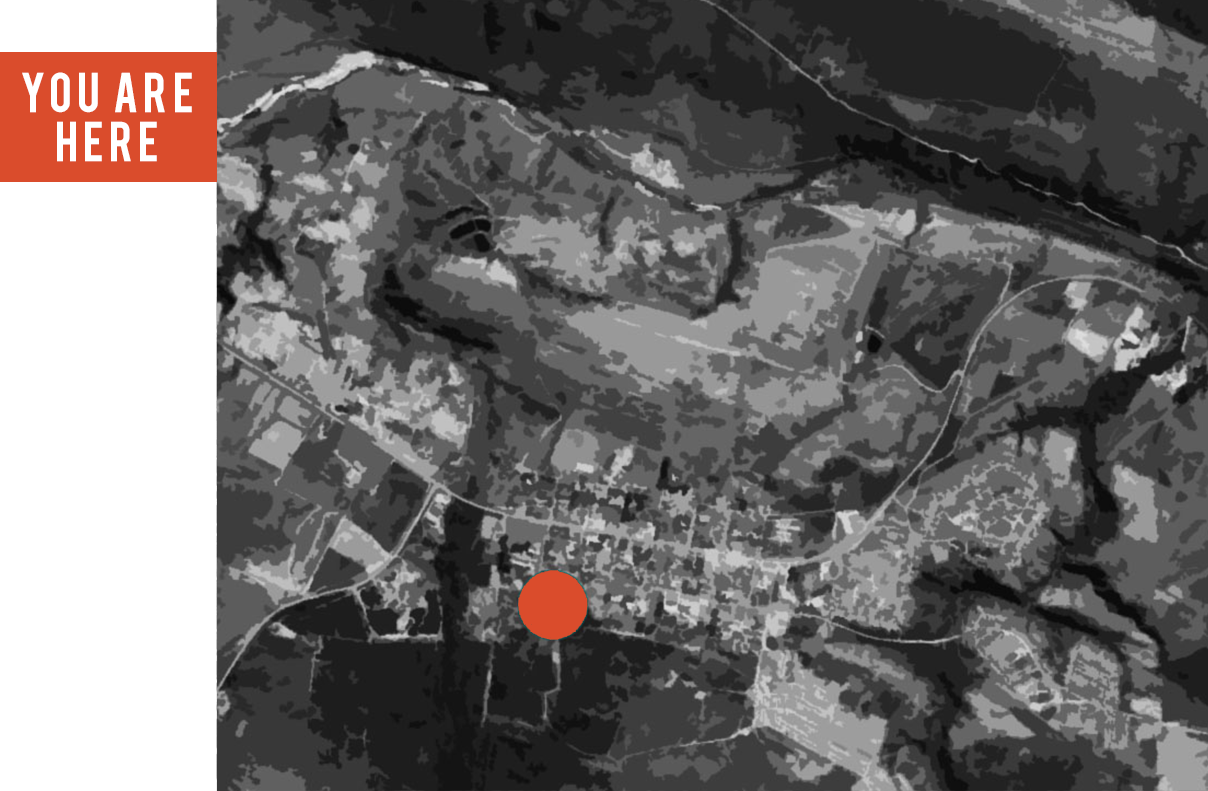 Public buildings are often burdened with a demand for large space and dominant ‘iconic’ aesthetics. But in the case of the new Kareedouw Public Library, the building remains modest in scale and expression, while still maintaining integrity and status as an important municipal building.

In this, it is less an exercise in the storage of books. The project strove to shape the  trying to shape the architectural elements, in order to create a building which does more than its typology normally requires. The variety of spaces and interest of the arrival and entrance to the building is testament to this. The challenge was balancing the issues of ‘public building’ (and its expectations and responsibilities), and a small site and limited budget. We hope that the success of this project is seen in its nature as modest and part of a larger complex of similar activities. It is hopefully seen as subservient to expansive natural environment, but immediately recognisable.

This project is a new Public Library in Kareedouw. It forms part of the municipal precinct of buildings (municipal offices and workshops) situated along Keet Street on a slightly elevated southern part of the town looking northwards, with dramatic views of the Langkloof mountains. The building consists of two parts: a new public library component with accompanying administrative and service areas, and a small public conference component with ablutions. These parts are on either side a covered external space that becomes the organiser of circulation and main access to the facility.

At the larger scale, the building is positioned to form a defined public space between the existing municipal buildings and the new library.  This area was originally defined by a loose arrangement of existing municipal buildings, parking, a gravel road, a group of existing trees and a small children’s play area. The new facility reinforces this by formalizing the approach road and defines the north and east side to the public space, including existing parking areas.  The provision of an additional small parking area to the east caters to visitors of the complex. The treed public space, the east/west orientation of the building and south entrance to the new library are a direct and appropriate response to climate (very hot in summer and cold in winter), a response to prevailing winds (to allow for cooling winds through the covered external space in summer and to allow for cross ventilation) and an intention to create a shaded and inviting arrival space that is related to the rest of the municipal precinct.

The outer frame of the building is a simply expressed steel portal structure with brick infill panels. The program orientates itself linearly east / west and is held together by a large single roof.  The roof of the building is manipulated to form high volumes over the main library area, volume (and a mezzanine work area) over the entrance, and lower volumes over more service related functions like offices and public toilets.  The main library is highlighted as the primary space, with south facing clerestory windows that contribute to the use of controlled natural light within the library. The interior of this main space has a variety of scales from the large face brick back wall and south clearstory windows, to low and intimate study nooks and the children’s section to the north. The material palette is kept to a minimum with the expressed steel frame and red brick (with flush red mortar joints) being primary as a rugged framework. Within this, lighter and finer materials such as timber slatted ceilings (that also have acoustic value) are incorporated.

A public art programme (managed by long-time collaborators of ours, The Trinity Session) was undertaken with local school children and these personalization’s are expressed in various forms on the building including at the main entrance. Those expressed at the entrance to the facility are derived from an exercise of an expression of ambition and the future that concluded in a series of sky lines and building graphics. These were abstracted and reduced to lines of stainless steel that were pinned to various surfaces of the building. This process also allowed for the naming of the facility after recently deceased local hero, Mcebisi Michael Msizi.

His obituary reads as follows:

“Mcebisi Michael Msizi was born on 29th October 1962 at Kareedouw by his late father Daniel Mlungisi Msizi and Monica Nowethu Msizi nee Kholwaphi. He did his lower primary education in Kareedouw and his higher primary at Ezikweni Higher Primary in Kwazakhele, and his high school at Loyiso High where he completed his matric in 1980.  Mcebisi’s political development and activities started as early 1977 during his high school student days, following the Soweto student uprisings
His involvement led him to his first detention in 1979 while doing his Standard 9 after numerous tortures by then notorious policemen for organizing school boycotts and consumer boycotts.

In 1981 he worked briefly at Stellenbosch Winery and SA Breweries, where he was the shop steward and became the active member MACWUSA  Between 1981 and 82 he was very active in the formation and leading the then civic and youth organizations like the Port Elizabeth Civic Organization (PEPCO); PE Youth Congress (PEYCO).  In his 1st attempt to skip the country in 1981 Mcebisi was captured and detained without trial for 1 year to Modder B prison in Johannesburg.  In June 1982, he successfully skipped the country to Lesotho, then Zambia In the same year in Zambia, he worked for Sactu. The SACTU Union sent him to study in Russia where completed an International Relations qualification He was deployed to lead the ANC underground in the Scandinavian countries.  He was the Chief Rep of ANC in Brussel, Norway and Belgium. In December 1989 he was married to Nozuko Florence Louw, in Lusaka; Zambia. In 1990, Florence was part of the first returnees, leaving Mike to continue with his ANC political work in Denmark as a chief whip.

In 1991, Mike returned to South Africa and worked for Cosatu under the leadership of comrade Jay Naidoo. In 1992 the ANC deployed him to the its France office in Paris as its Chief Representative  In 1995 he became a councillor in the Port Elizabeth Municipality for 3 terms where he stepped down in 2011 During his tenure, he was a Member of the Mayoral Committee, and led the Community Safety and Engineering and many other committees

In 1997 he was appointed Non-Executive Director for Shatterprufe until 2007 December 2004, he founded World Wrestling Professionals (WWP) Thunderstrike, becoming the chairman and owner of the wrestling federation. He ventured into bringing the first season of Sabc 2 crazy summer games in Port Elizabeth. In 2007, he was the founding member of his company Watt Energy Mcebisi served in the South African National Civic Organization (SANCO) where he served in its National Executive Committee (NEC) for two terms

His highlight with Sanco was when he was elected its Secretary General in 2008 and he requested that the organization relieve him in 2010 for him to concentrate on his renewable energy business in the Tsitsikamma and Kareedouw areas  He is survived by his wife, Nozuko Florence; 3 children two sons Litha, Petros and daughter Paulina; his mother and a brother and three sisters   Zulu you tried your best, may your soul rest in peace

It is anticipated that this long overdue provision of public facilities will empower a poor rural community, strengthen the “civicness” of the municipal precinct, and become a popular place of study and leisure for the people of Kareedouw and the Langkloof.